Listening to Wilmot Perkins’ radio show was a lot like taking castor oil. A little dose every now and then was very good for the digestive system. Like the compulsory ‘washout’ for children at the end of the summer holidays!

Just suppose you’re clogged up with too many illusions about the goodness of human nature. And suppose you find yourself thinking that, perhaps, Jamaica isn’t such a bad place after all, given the global picture. You start to get worried. Is your mind playing tricks on you? Could you be happy in a fool’s paradise?

Don’t panic. All you had to do was tune in to Mutty and the bush doctor would prescribe just the right cure: gloom and doom in generous quantities. But a steady diet of Mutty’s medicine was downright dangerous. It could cause terminal depression, incontinence, flatulence, heart murmurs and civil unrest: you name it. Just like those supposedly legal drugs advertised on United States television! The side effects of the ‘cure’ are often far more deadly than the disease.

A lot of people were addicted to ‘Perkins On Line’ and, before that, ‘Straight Talk’. They are now suffering from terrible withdrawal symptoms: intense irritation, weeping, light-headedness, paranoia, anxiety, nausea, headaches, intestinal disorders, sweating, tingling in the hands and feet and, most of all, an unsatisfiable craving for their fix.

Give the man a chance!

I really couldn’t listen to Mutty’s talk show five days a week. I couldn’t take the castor oil. But I did occasionally get caught. I once overheard Perkins trying his best to depress some students who were visiting the radio station, telling them that there was no future for them in Jamaica. I’d been listening to Susan Taylor, former editor of Essence magazine, who’d been a guest on the ‘Breakfast Club’. And I’d carelessly left the radio on.

As soon as I heard the voice of our Jamaican Jeremiah, I tuned out. Then I said to myself, “Don’t be so intolerant. Give the man a chance! When last you ever listen to ‘Zig-Zag Talk’?” So I turned the radio back on only to hear Mr Anansi claiming to feel a searing pain in his heart – something melodramatic like that – as he thought of the plight of these poor children whose future was surely blighted. It was quite a performance.

I was so annoyed, I tried to call in to the programme. After 15 minutes, I gave up. And I felt a healing pleasure in my heart as I heard a number of callers chastising Jeremiah for being a false prophet. Under the guise of sympathy for these poor schoolchildren, Mr Gloom and Doom seemed to be cunningly spreading a wicked message: ‘don’t care; give up; no bother try; yu done dead already’.

Another time, I heard Mutty declaring with absolute contempt that Bob Marley was a ‘barbarian’. It was these lines from Bad Card that had provoked him:

I want to disturb my neighbour

‘Cause I’m feeling so right

I want to turn up my disco

Blow them to full watts tonight

In sympathy with Mutty, I must confess that I routinely call the police to shut down dances that go past 2 a.m. – even though I did propose in last week’s column that an exception be made for the annual Trench Town Rock concert.

All the same, Mutty didn’t acknowledge the full context of Marley’s noisy lyrics. The singer seemed to be throwing words at his neighbours on Hope Road who objected to a Rastaman living so close to them:

Can’t get me out of the race

Oh, man, you said I’m in your place

And then you draw bad card. 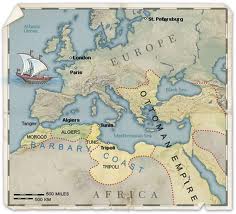 And as for Mutty’s barbarian curse: originally, the word meant ‘foreigner’. A Barbarian was a native of Barbary, the 16th-century European term for northwest Africa. Given the racial politics of colonisation, the word was later extended to mean ‘a rude, wild, uncivilised person; an uncultured person’, according to the Oxford English Dictionary. And language was a   test of culture.

Barbarism is defined as “The use of words or expressions not in accordance with the classical standard of a language; hence, rudeness of language”. ‘Barbaric’ Patwa was a topic on which Mutty had rather predictable opinions.

Quite frankly, I don’t think Bob Marley would have been particularly concerned about being called a barbarian. After all, he fully understood class warfare in Jamaica. As he put it in We an Dem:

We no have no friends

We no have no friends

Me no know how we an dem

A go work this out.

Mutty and I had quite a few entertaining verbal battles which I’m sure he enjoyed. I suppose I was a worthy opponent. Mutty usually trapped unwary callers by resorting to juvenile debating tricks: “Is this so, or is this not so? Are you saying X or are you saying Y?” Just make the mistake of saying, “Both X and Y.” That was the end of you. Mutty would let out a devastating ‘ho, ho, ho, ho, ho!’ and bring the conversation to an undignified conclusion. He couldn’t get away with that kind of ‘logic’ in our clashes.

Proverbial wisdom warns that one should not speak ill of the dead. One should also not make up stories about the dead. In death, Wilmot Perkins is at grave risk of becoming a saint. Mutty would not be amused. I think he rather liked the image of himself as a fearless warrior for all sorts of causes. He loved to deflate people who were full of themselves; and full of it. He was no Mr Nice Guy. Walk good, Mutty! I’m certainly going to miss sparring with you.