Yeah, right!  And they believe it is more blessed to give than to receive.  Seriously, though, no matter how much our men protest in public, I’m convinced that deep down, where it really counts, Jamaican men love oral sex. I mean they just love to talk about sex.

That’s why a lot of our men simply can’t keep their mouth shut in the presence of an attractive woman.  They think they know exactly how to sweet-talk us.  And they don’t miss an opportunity to show off. In this context, someone has got to do the listening, willy-nilly. So there’s oral sex and aural sex.

This is what #69 had to say: “No, that headline is definitely not for me, and even if that was so, I am damn sure I can find a hell-of-a-good substitute!!!!! Good morning there rebel, eh. I really meant lady. I merely read the headline and without blinking, I said that that had to be you. And thank God I was not disappointed.

“Poor Ralph, well, if it ded it ded, nothing can be done about a dead penis. You seem to be forgetting that even if that man cannot stand firmly on his third leg that there is another part of his body that can become very stiff in a split second and one that most women eagerly enjoy, if not more. The tongue. No resuscitation is necessary”.

Bowing, the dancehall term for oral/aural sex, wittily expresses both the physical posture and mental state of the devotee.  Literally, to bow is to bend or incline (the knee, body, or head) in worship, submission, respect, civility, agreement, etc. In the dancehall sense of the word, bowing suggests deference to the woman’s pleasure, a gesture no upstanding man is prepared to admit that he makes.  But, of course, women do bow as well.  It’s the golden rule:  Do unto others as you would have them do unto you.  In some instances, bowing is not reciprocal, a clear case of ‘wash-over gold’ misrule.

But the DJs protest much too much.  Their obsessive attack on certain sexual behaviours makes me wonder if they’re not running and a-running and a-running away from themselves, with apologies to Bob Marley.  If that’s not so, then it’s high time for the DJs to stop minding other people’s sexual business.  On that score, I must congratulate Beenie Man for having the good sense to bow out of the name-calling game.  And the U.S. Embassy in Jamaica must also be congratulated for bowing to reason and giving back the DJ a work permit.

Beenie Man has been much derided for his decision to make an uneasy peace with gay rights activists.  Bounty Killer has charged Beenie Man with selling out.  In an interview reported on the OutAroad website, Killer is alleged to have said, “Me can’t ever put a dollar over Jamaica and its culture. If it wasn’t for dancehall and its culture I don’t know where or who I’d be today. Mi nuh sorry fi nothing that I said or sang; I am sorry to know it offended anybody but that’s how I see it. My views and beliefs, all I can say is that homosexuals fi stop try ban we shows and dancehall must leave dem alone to God still and let peace reign.”

Bounty Killer’s ‘leave dem alone to God still’ concession is not as innocuous as it seems.  In Jamaican parlance, leaving someone to God is a fate worse than death.  All the same, Killer’s conciliatory posture is definitely an act of bowing.  He does concede that dancehall DJs should stop acting on God’s behalf and leave judgment to Him/Her. This is a major advance in dancehall sexual politics that must be resoundingly applauded. 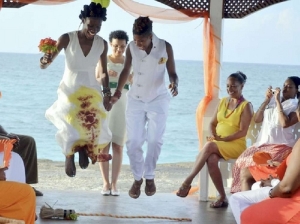 The Gleaner’s front-page story, “Lesbians Legally Wed”, published on June 4, 2012, was just as sensational as the lyrics of any of our homophobic DJs. The editors of the Gleaner turned a private affair into a public scandal.  Perceptive readers objected:    “The title of this article is a misleading lie.  ‘Lesbians legally wed’ infers along with the picture that the legal wedding was held here in Jamaica.  Shame on the gleaner for junk journalism”.

The floodgates were opened and the predictable responses came pouring in.  ‘Fire bun!’  Fundamentalist Christians in Jamaica (and elsewhere) take the Book of Leviticus literally and insist that homosexuality is an abomination that must be purged.  And, unlike Bounty Killer, they are not leaving judgement up to God. 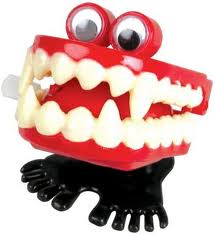 On top of that, marriage is seen as the divine right of heterosexuals. But marriage is not all that it’s cracked up to be.  Jamaican proverbial wisdom warns that ‘marriage have teeth an bite hot’. I think gay people should have equal rights to be bitten by marriage. And that’s not about oral sex.  It’s the whole penal institution.