On a flight from Miami several years ago, I sat next to a little girl who seemed to about 10 or so years of age.  She was looking through a magazine and came across a picture of three little girls – black, white and brown.  I mischievously asked her, “Which one of them looks like you?”  She picked the black child. 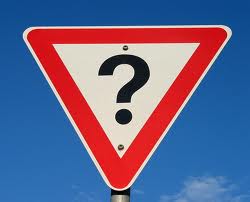 So who is responsible for this crazy conundrum?  Was this just an exceptional case of a little child confused by the fool-fool questions of a nosy adult? Or were the little girl’s curious answers a sign of our collective paranoia about race in Jamaica?  How does our national motto complexify the problem, as the Americans say?  Oh, yes!  If you can simplify, it’s perfectly logical to complexify.

In 1969, a two-dollar bill was issued when Jamaica changed from sterling currency.  Two Jamaican dollars then had real value, worthy of the paper on which the note was printed.  These days, two dala kyaan buy notn.  The bill is no longer in circulation.  It’s been replaced by practically worthless coins.

On the back of the two-dollar bank note, there was a now-famous photograph of 11 children who were supposed to illustrate the national motto.  These same children, frozen in time, have reappeared to grace the back of the 2012 commemorative bank notes.  Of course, I have nothing against these innocent children, now hard-back adults.  What fascinates me is the racial ideology of the times that resulted in a distorted representation of the face of Jamaica. Regrettably, that legacy lives on.

The obvious problem with that lingering ‘Out of Many, One People’ photograph is that it’s skewed against blackness.  If you were to stage a photograph today that accurately represents the distribution of the races in Jamaica, you would have to have at least one hundred children in the sample. That’s the only way you could get a whole Chinese, Indian and white child in the frame. You would end up with 90 black children, 7 mixed-race, 1 Chinese, 1 Indian and 1 white.  Quite a different picture!

A Flair Magazine article published on August 7, 2000 tells the story of the snapshot of the ‘two-dollar’ children:  “Eleven boys and girls from Central Branch Primary on Slipe Pen Road, were randomly selected for the picture.

Of the eleven, four are Blacks, one Chinese and one of Chinese and Black mixture. Three are Indians or of Indian and Black ancestry and two appear to be White or Syrian in descent”.

Randomly selected?  Hardly likely.  Jamaica is not Trinidad and Tobago.  I would bet my last dollar that a random selection of students at the Central Branch Primary School, even in 1961 when the photo was taken, would look quite different from this colour-coordinated cluster.  They would be much more uniformly black, as in the photograph of the children on the huge commemorative banner now outside the gates of Jamaica House.

The anonymous author of the Flair article does disclose that the students were not randomly selected after all: “Former principal of the school, Mrs. Elorine Walker said that when she got the request for the students, she had no idea what the picture would be used for, but had hand-picked a few students for the occasion”.

Hand-picking continues today in our advertising industry.  But it really doesn’t bother me too much if private-sector firms handpick exclusively ‘Out of Many, One’ models to advertise their products and services.  All that means is that they don’t expect me to patronise them.  But when public-sector entities discriminate against black people in their advertising, that’s a whole other business.

Almost 17 years ago, I wrote a column on Air Jamaica’s infamous ‘Out of Many, One People’ billboard which featured a grouping of eight children who looked even less representative than those on the two-dollar note. My immediate reaction was, ‘But them don’t have any black children in this picture!’  I called Air Jamaica’s public-relations department and got the name of the agency that had developed the ad.

I was invited to have a look at the artwork that had been sent to the manufacturer of the billboard.  To be fair, two of the eight children could pass for black.  Just barely.  But by the time the image got transferred to the billboard format, the melanin had been bleached out of them.  All eight children had blended into out-of-oneness.  And the problem was much bigger than Air Jamaica.

The original photograph had come from the Jamaica Tourist Board.  Whose conception of Jamaican identity resulted in the decision to market our country in this colour-coded way?  Why are we still rubbing out black people from the big picture?  Or, at best, downplaying blackness?  Which Jamaica are we selling?  And who to?

No wonder that little girl sitting next to me on the flight from Miami couldn’t see herself as black. Her self-concept was quite high in Jamaican terms, however delusional.  She had already learned that being brown was better than being black. And our advertising industry keeps on reinforcing that point. If we’re not careful, black identity in Jamaica will go the way of the two-dollar bill.

12 thoughts on “The Colour of Money in Multiracial Jamaica”