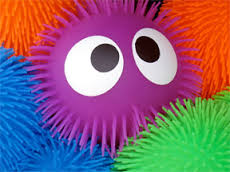 Newspaper headlines are designed to grab your attention, if not your crotch. So I completely understand why the sensational ‘vagina’ – and not the more neutral ‘body’ – was used by the In Focus editor to brand Ms Karen Lloyd’s provocative column, ‘My vagina isn’t public property’ (Sunday Gleaner, August 3, 2014). Sex sells. Titillation, too.

I had a feeling that the hotty-hotty vaginal headline was going to backfire. It struck me that if your vagina really isn’t public property, perhaps, you wouldn’t want to expose it in print. Of course, that’s not the same as uncovering it in the flesh. All the same, as hard-core pornographers know, the thought of sex can be just as exciting as the real thing. Sometimes, even more so with the right visual stimulation.

Once I got past the seductive headline, I realised it was a case of bait and switch. The primary focus of Ms Lloyd’s perceptive column wasn’t her vagina after all. It was the persistent problem of verbal and physical abuse of girls and women in Jamaica. Across the board: uptown and downtown; black, white and brown; every single ethnic group. All our talk of independence, both national and personal, means absolutely nothing if we can’t cure this widespread sickness. 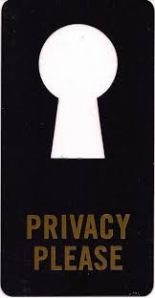 Mr Bertlan Reynolds’ letter to the editor, published on Independence Day, is a classic example of abusive male backlash against women who dare to speak uncomfortable truths. The headline, ‘Vaginas public property on ‘Back Road’,’ maliciously challenges Ms Lloyd’s perfectly reasonable claims about a vagina’s right to privacy.

Mr Reynolds, who seems to be thinking with the head of his penis, completely misses the point. Unlike Ms Lloyd, the women on ‘Back Road’ are selling sex. Even so, the vagina of a female sex worker is not public property. It may be turned into a commodity and graphically put on display, as described in such detail by Mr Reynolds:

“Not too long ago, an event was taking place on this renowned road popularly called ‘Back Road’ that caused vehicular traffic to come to a virtual stop. A group of women presented themselves in an almost nude state banging on the cars of male drivers, gyrating and virtually ‘swiping’ the cars, including mine, with their private parts. This was certainly not a clever way to marketise their dismal future.”

Cleverly marketed or not, the vagina of a female sex worker is a private body part. And its owner has the right to determine its use and value. She is entitled to pick and choose her clients even in desperate economic circumstances. Sex workers have rights. They have the fundamental right to be protected from sexual abuse. And selling sex does not mean you give up all claims to be treated with dignity. 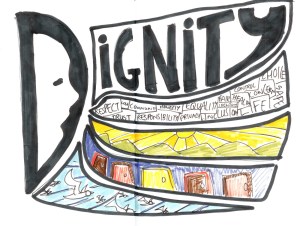 Self-righteous, judgemental souls like Mr Reynolds don’t seem to understand this basic principle. And they certainly don’t grasp the economics of survival in Jamaica today. You cannot assume that sex workers willingly choose the world’s oldest profession. It’s usually a last resort, especially in societies like ours where poor women do face a dismal future.

And Mr Reynolds ought to know that sex workers come in all grades and stations: from ‘Back Road’ to front rooms in upscale, gated communities. Class covers a multitude of sins. The way some uptown ladies gyrate in public for carnival, they might as well be swiping their private parts on ‘Back Road’!

A SLAP FOR A SQUEEZE

I’m so glad Ms Lloyd had the presence of mind to slap the man who squeezed her breast. I’m sure he’ll think twice about attacking another woman. And his claim that he was only romping with her because she looked so good is outrageous. Presumably, an attractive woman must take full responsibility for provoking unwanted attention.

This is the identical assumption that the self-proclaimed “old fogey”, Mr Cedric Richards, makes in his letter to the editor, published on August 5. The headline is vexing: ‘Vagina not public property, but are women asking for it?’ And what, exactly, is ‘it’? Verbal abuse? Rape? These are acts of power, control and violence.

How would Mr Richards feel if a man grabbed his crotch in public? Would he concede that he’d been asking for it because he was dressed attractively? In a satirical letter to the editor, published on August 5, Ms Meng Na mocks heterosexual men who are afraid of being “checked” out by gay men but think it’s perfectly ‘natural’ for women to be groped. 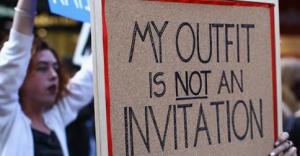 The old fogey ends his letter with an irritating question: “Do the ladies have a responsibility to be more modest in their attire?” It’s not about how women dress. Even in societies where women are covered from head to toe, sexual abuse is a constant threat. Men have a responsibility to exercise self-control and keep their hands and penises under manners.

Instead of falling into the trap of thinking that unwanted sexual attention is a compliment, women must fight back. We cannot passively see ourselves as victims. We have to let men know that they are not entitled to romp with us against our will. And an unexpected response to sexual harassment – whether verbal or physical – can be a most effective deterrent.

On my walk one morning, a man called out to me, “Hi, sexy girl!” To be honest, I think he intended it as an innocent compliment. All the same, I thought I should put him in my place. I pleasantly replied, “Hi, sexy boy!” He almost fell off his bicycle.

3 thoughts on “Putting Vaginas (And Penises) In Focus”