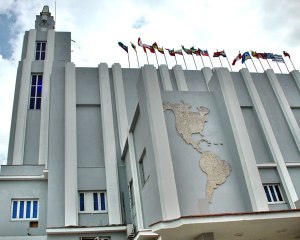 I recently visited Grand Cayman for the first time. I was on my way to Havana for a conference on cultural diversity in the Caribbean, hosted by that distinguished Cuban institution, Casa de las Américas.

One of the highlights was a symposium titled ‘Bob Marley, Time Will Tell’. Professor Horace Campbell, author of the classic, Rasta and Resistance, gave the opening lecture on ‘Bob Marley and the Resistance to War’. All the speakers acknowledged the power of Marley’s music as a political force, urging the oppressed across the globe to rebel against systems of injustice.

The struggle against colonialism is a recurring theme in Marley’s lyrics. But, from what I could see of Cayman, colonialism didn’t look like such a bad thing. Cayman is still a colony of Britain. And Grand Cayman does seem to be rather grand. First World. I kept wondering what was hidden beneath the surface. Offshore banking has been a source of great wealth. But the obvious material prosperity of the Cayman Islands wasn’t the whole story.

My sister, Donnette, noticed that there didn’t seem to be too many ‘local’ people around. At the hotel on the island’s famous seven-mile beach where we overnighted, most of the employees were not Caymanian. The majority of the waiters in the main dining-room appeared to be Filipino or South Asian. The housekeeping staff on our floor were Jamaican. We went into town for dinner and the waiter who served us was from Santo Domingo.

Where were the Caymanians? The female taxi driver who took us back to the airport on Sunday gave us the answer. She described herself as one of a dying breed. Soon, Cayman will be almost completely overrun by foreigners. They will be the primary beneficiaries of development. For Caymanians, the price of ‘development’ will be loss. Loss of land, loss of social place, loss of identity.

In Cuba, I was immediately struck by the ‘retro’ development of the communist state. Even on the website where we booked our boutique hotel, Terral, we were warned that the neighbourhood wasn’t so hot. So we were prepared for the crumbling buildings. Very few seemed as if they could be salvaged. But Terral was a bright spot. And the building next door was being renovated.

The decades of embargo imposed by the US, as well as the collapse of the Soviet Union, have forced the Cuban people to be extremely creative. Recycling is both an art and a science. The antique American automobiles are legendary. They are more than mere cars. They are symbols of the resilience of the Cuban people who take pride in craftsmanship, demonstrating their capacity to transform ‘old bruck’ into ‘brand-new second-hand’. I hope that with the lifting of the embargo, these glorious antique cars will not be sold for a song to greedy collectors. Surely, the owners must know their worth.

Creativity takes many forms. At the main craft market in Central Havana, I met Arturo Macklin, an elderly gentleman who was born in Cuba of Jamaican parents. He approached my sister, asking if she was Jamaican. He’s 86 years old and his walking stick was a marvel. It was made from empty deodorant containers, placed over a stick and joined, like sausages, by being heated! At the top was an umbrella handle. Mr Macklin stylishly twirled his home-made walking stick as if it were pure ebony from the finest of gentleman outfitters. And he posed for the camera with an athletic ‘to the world’ gesture, worthy of Usain Bolt.

At the conference, a Cuban woman with Jamaican roots gave me a list of names and asked me to help her find her family. Her name is Belkis O’Connor Jones. At the top of the list was Archibald Edinazer O’Connor, who was born in Westmoreland in the 1870s. Belkis didn’t know the district. Next was Anna Gardener. But there was no information about her birth. Then there was Albertha Adeline Gregory, who was born in Port Antonio in May 1895. And Lois Alexander Jones, who was born in St Ann in the 1890s. I promised to try my best to see if I could find any record of these births and, if possible, any descendants. But I wasn’t hopeful. 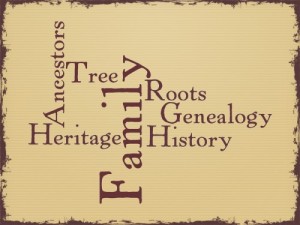 So many Jamaicans went to Cuba to work on the sugar estates and did not return. They made life in their adopted homeland. But their grandchildren now want to reclaim their Jamaican culture. Mr Macklin spoke longingly about wanting to eat ackee and salt fish. His ackee tree in the country was blown down in Hurricane Flora! I promised to check with the Cuban embassy to see if I could send him some canned ackee. Not the same as fresh from the tree. But better than nothing.

There is so much that we share across the Caribbean. A common history of ‘discovery’, genocide, squatting, enforced mass migration, enslavement, resistance, emancipation, colonisation, flag independence and economic colonisation all over again. But there are still cultural differences that make us claim particular places as home. Even when we don’t always feel at home. Like that woman in Cayman who sees herself as an endangered species. And Belkis, who is not completely at home in Cuba, wanting to find her distant relatives in Jamaica.

One thought on “The High Cost Of Development”