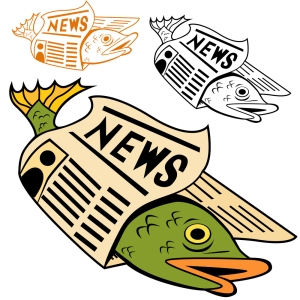 It’s now stale news. In September, Jade Bascoe’s appointment as head girl at St Hilda’s was swiftly terminated on religious grounds. Jade certainly knew what the job entailed. But the principal arbitrarily decided that Jade would not be able to carry out her duties because they conflicted with her religious principles. According to school records, Jade was a Jehovah’s Witness.

The big guns came out in defense of religious freedom: The Ministry of Education, the Office of the Public Defender, opinion-makers of all stripes, the man and woman in the street and on social media. Jade was reinstated as head girl at St Hilda’s. She clearly should not have been dismissed because of religion.

Even though it looks like a happy ending, there are lingering issues. Why does St Hilda’s insist that students declare their religion? What is the purpose of this requirement? To separate the sheep from the goats? In the case of Jade Bascoe, her mother’s written statement that she was a Jehovah’s Witness became a weapon to cut her down.

It didn’t matter that in all her years at St Hilda’s, Jade performed her civic duties in an exemplary manner. All the same, she was labelled and excommunicated. As it turns out, Jade wasn’t a Jehovah’s Witness after all. Someone had borne false witness against her. But who? The principal? The guidance counsellor? Her own mother?

But let’s suppose that Jade Bascoe was, in fact, a Jehovah’s Witness when her mother made that fateful declaration several years ago. Does that mean she was permanently stuck in the past? Certainly not! The 2011 Charter of Fundamental Rights and Freedoms confirms that “every person shall have the right to freedom of religion including the freedom to change his religion”.

By the way, the sexist language of the Charter needs to be revised. Why should we passively accept the outdated convention that “every person” is male? Women must assert our entitlement to full representation in the language of the Charter. Especially since it’s supposedly designed to guarantee equal rights for all.

DOES JEHOVAH BELONG TO WITNESSES?

So how did the guidance counsellor make the mistake of ‘outing’ Jade as a Jehovah’s Witness? The very next day after she was appointed head girl, Jade gave the vote of thanks at morning devotion. According to the account of the incident published in the report of the Office of the Public Defender, ” . . . the head girl spoke of Jehovah”. That single word made the guidance counsellor suspicious. Jade’s file was located and the incriminating evidence was found. 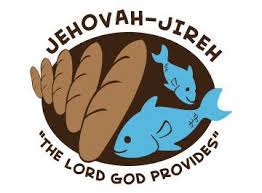 But does the word Jehovah belong exclusively to Jehovah’s Witnesses? Is use of this word absolute proof that the speaker is a Jehovah’s Witness? Not at all! Growing up as a Seventh-Day Adventist, I heard the word Jehovah all the time. It was just another name for God. One of the anthems the senior choir at my church enthusiastically sang was about Jehovah. I can’t remember all the words, but the chorus went something like this: “Honour Jehovah Jireh, whate’er betide He will provide”.

This belief in Jehovah as provider is widely accepted in Jamaica. And it’s not about being a member of any religious group. Last Wednesday, I had a chat with Mrs Claire Crosby who owns the Jehovah Jireh Restaurant & Catering Services located at Kings Plaza. She is not a Jehovah’s Witness. She bought the business four years ago and kept the name because it means “God will provide.”

And the people she bought the business from were not Jehovah’s Witnesses either. They, too, knew the value of the Jehovah Jireh brand. But I have a feeling that the guidance counsellor at St Hilda’s would jump to the conclusion that the use of the word Jehovah, in combination with Jireh, must prove that the proprietors of the restaurant are Jehovah’s Witnesses.

The Anglican Church has long enjoyed a privileged place in Jamaica. For centuries, it was the official religion, funded by the State. The first Anglican Church was built soon after the British colony was established in the 17th century. Understandably, the Church defended the status quo.

In his history of the Anglican Church in Jamaica, J. B. Ellis notes that “the eighteenth century was not the brightest in the history of the Church of England at home and there were peculiar difficulties in the way of the Jamaica clergyman. The Assembly, on whose vote the emoluments of a clergyman depended, consisted almost entirely of slave-owners or of sympathisers with slavery”.

There were Anglican clergymen who supported the abolition of slavery. But the Church of England only very gradually accepted any responsibility for ministering to the black population. It was an elitist institution. I hear echoes of this elitism in the arrogant statement issued by the principal of St Hilda’s on the dis/appointment of Jade Bascoe.

“[T]he head girl, as the leader of the student government is required to perform duties supportive of tenets of the Anglican tradition, which are deeply embedded in the operational policies and procedures of this educational institution”. Not all Anglican traditions, however ancient, are worth sustaining. And certainly not religious intolerance! At St Hugh’s, another Anglican school, I learnt a hymn that teaches an important lesson: ‘New occasions teach new duties/Time makes ancient good uncouth’. St Hilda’s must bear witness to this enduring truth.