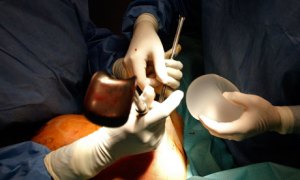 Crazy as it may seem, some supposedly sane people are quite prepared to risk death in order to fit the current model of what it means to be beautiful. Whatever that is. Just think of all of those exploding breast and bottom implants!

This week, the Montego Bay campus of the University of the West Indies (UWI), Jamaica, raises the provocative question – dying to be beautiful? – at its very first scientific conference on ‘Body Image, Eating Behaviours and Health in the Caribbean’. Pre-conference seminars will be held at the Kingston campus this Wednesday and Thursday. The main event starts on Friday in the Second City.

The ‘Kingston’ and ‘Montego Bay’ campuses of ‘UWI, Jamaica’ exist only in my imagination. The reality is far more wordy and confusing: the University of the West Indies, Mona, Jamaica, now has two campuses: the Mona campus in Kingston and the Western Jamaica campus in Montego Bay. 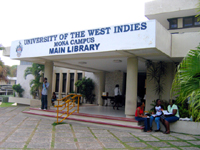 More than six decades ago when the University College of the West Indies (UCWI) was founded as an outpost of the University of London, there was only one campus – at Mona. 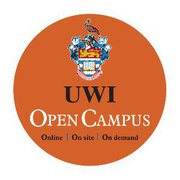 Three more campuses have been established over the years: St Augustine in Trinidad and Tobago; Cave Hill in Barbados; and the Open Campus which hosts 42 sites, both virtual and physical, serving 16 countries across the Creole-Anglophone Caribbean. Since Mona is no longer the only campus in Jamaica, it would make sense to move with the times and change the name.

But sentiment often prevails over good sense. Many graduates of ‘Mona’ would not be happy to hear that their campus no longer existed – in name. All the same, UWI, Mona, really ought to rebrand as UWI, Jamaica, with two campuses – Kingston and Montego Bay. Eventually, there may even be a Mandeville campus! Would that have to be named generically as the ‘Central Jamaica’ campus?

Associating the Jamaican campuses of the University of the West Indies with easily recognised names of cities would actually strengthen the institution’s brand. ‘Kingston’ has much greater global brand recognition than ‘Mona’. And ‘Montego Bay’ definitely has more vibes than ‘Western Jamaica’. But whatever name you call it, the new UWI campus is certainly making a big impact in the west.

Last month, I was the keynote speaker at the End of Year Awards event for the Half Moon resort. The taxi driver who took me back to the airport enthusiastically sang the praises of the Montego Bay campus when he heard I taught at UWI. His granddaughter is a student there. She’s enjoying the challenging academic programme. This, after all, is not a university ‘fi stone dog’. But the thing he valued most was the fact that it was so cost-effective for her to live at home. The family didn’t have to go to all the expense of finding accommodation in Kingston.

‘A man is never ugly’

The UWI, MoBay conference is co-hosted with the Renfrew Center for Eating Disorders and Eating Recovery Center, based in the United States. The centre was established in Philadelphia in 1985 as a residential facility for women suffering from a range of psychological problems disguised as food issues: anorexia, bulimia and binge-eating disorder. The centre now has several branches. Dr Jennifer Nardozzi, who practises at the Coconut Creek facility in Florida, is one of the distinguished conference panellists. 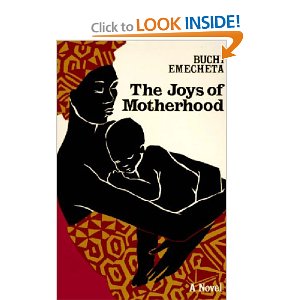 Traditionally, men didn’t have problems with body image. They were not expected to be beautiful. Their role was to be breadwinners. They didn’t worry about how much bread they ate. The Nigerian novelist Buchi Emecheta puts it beautifully in her satirical novel, The Joys of Motherhood: “A woman may be ugly and grow old, but a man is never ugly and never old. He matures with age and is dignified.”

These days, men have got on the beauty bandwagon. And they are suffering the consequences. Pumping iron as if it’s going out of style; skin-bleaching, cosmetic surgery. You name it; men are doing it. Nobody seems to be satisfied with the package they’ve inherited. And even after all of the ‘fixing’, some people will never ever be happy with how they look. Beauty is a moving target.

The UWI conference covers a wide range of topics: the ethics and practice of cosmetic surgery; the social, psychological and medical aspects of skin-bleaching; healthy eating and exercise; medical and cultural norms that define body image; skin tattooing and plastic surgery; standards of beauty. 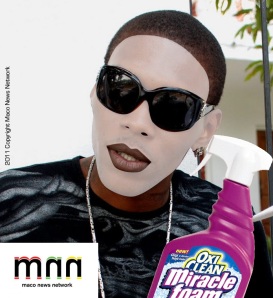 One of the highlights is the panel discussion with local celebrities which focuses on ‘Defining sexy: Fluffy or Skinny Women; Black or Brown Skin (to Bleach or no), Tattoo or no Tattoo?’ Vybz Kartel was invited to be one of the panellists but, of course, he’s now out of circulation. Perhaps he’ll get bail in time for the conference.

I was most amused to see that Novia McDonald-Whyte will be giving a plenary lecture, following a panel on ‘Standards of Beauty’. Her topic is not advertised. I wonder if she’ll be talking about the racist editorial policy of the Observer‘s notorious ‘Page 2’, which usually features almost exclusively ‘high-colour’ socialites. 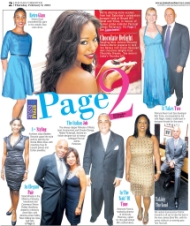 As we celebrate the 50th anniversary of Independence, we need to question our national motto, ‘Out of Many, One People’? Is Jamaica really a multiracial society? Obviously, not! We are a black-majority nation with a small minority of other racial groups. Our national motto is clearly delusional.

Fabricated by the brown/white elite half a century ago, the motto symbolises the arrogance of those who consider themselves entitled to rule. Disregarding the black majority, the self-centred minority deliberately falsified the truth. They concocted a motto in their own image: ‘Page 2’. No wonder the black in the flag represented ‘hardship’. In the spirit of Marcus Garvey, I propose an emancipated motto: ‘One Aim, One Destiny, Full Freedom’. That should cover just about everybody.

2 thoughts on “Dying To Be Beautiful?”